Lawyers against elephants, a new episode in the difficult cohabitation between agriculture and wildlife in Kenya


This is the latest case in Kenya, pitting wildlife advocates against investors in the agricultural world. At stake, the tranquility of a group of 2,000 elephants in Amboseli National Park, at the foot of the Kenyan slope of Kilimanjaro. According to conservationists, they are threatened by a plantation of 73 hectares of avocado trees installed near the reserve. An industrial production that would block the transhumance of pachyderms in search of water and food.

“How many elephants is an avocado worth?”, alert opponents to highlight the fate of the fauna negatively affected in their eyes by the agricultural project. Commercial agriculture in Kenya has become “much more dangerous for animals than poaching”, denounces Paula Kahumbu, an activist who heads the NGO Wildlife Direct.

The National Environment Management Authority (Nema) had given its approval to the operation. But under pressure from environmentalists, she finally ordered the activity to be frozen. The case is now under investigation in Kenya’s environmental court, but activity continues.

The investment is far removed from the image of reasoned agriculture advocated by the country, an activity that allows the cohabitation of the population and wild animals. In this case, the land bought from Maasai owners was cleared, then fenced off with electric barriers in order to prevent the access of elephants. 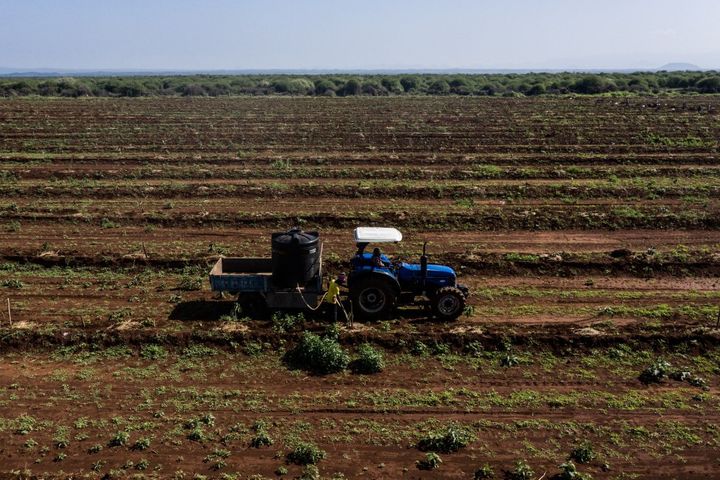 tractor and irrigation on more than 70 hectares of avocado plans. The KiliAvo Fresh group farm, protected by electric fences, threatens the movement of elephants. (- / AFP)

Tractors, solar panels, irrigation by pumping from the water table, complete the picture. We are here facing industrial agriculture and the initiators are not hiding it. Because the Kenyan avocado is on the rise. Already sixth-largest supplier to Europe, Kenya saw its avocado exports increase by a third to reach $ 127 million in October 2020, according to the country’s Association of Fresh Produce Exporters.

The avocado tree is a bit at home here. Two rainy seasons and regular sunshine allow two annual harvests. Authorities even encouraged its culture which offers good reports on minimal surfaces. To the point of providing courses to perfect the mastery of this culture. “With coffee, there is a lot of harvesting and preparation work, but with avocados it’s easier, it’s more money and less work”, rejoiced a farmer to AFP in 2018. 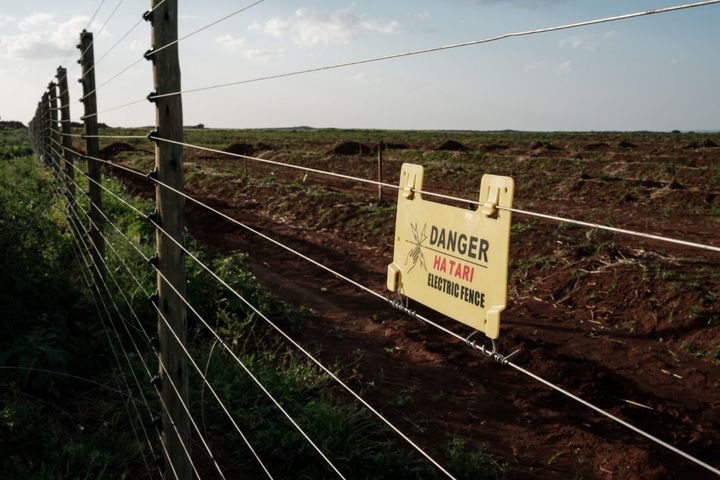 An electric fence to protect the fields from elephants. The technique used on the KiliAvo Fresh farm is widely shared across the country. (YASUYOSHI CHIBA / AFP)

However, the survival of the elephant is not necessarily a major concern of the populations. Regularly, small farmers complain about damage of the cultures it causes. Sometimes the lives of humans are even threatened, as in the village of Sangala, where a herd killed a woman and her three children while destroying her house.

Kenya Wildlife Service (KWS) finds itself between a rock and a hard place, having to protect wildlife, but also populations. So, we multiply the scarings, sometimes by plane, to displace a group too close to the populations. We install at great expense electric fences to protect crops. Thus, it was necessary to erect a barrier of 60 kilometers to protect the fields in the region of Mucheege, at the foot of Mount Kenya.

Bringing together wildlife and human activity is squaring the circle in Kenya. The country lives very largely on tourism attracted by wildlife. In 2019, it generated more than a billion and a half dollars in revenue and provided a living for thousands of Kenyans. Over time, the country has forged an image of a haven of peace for endangered animals.

But today, at the time of the coronavirus, tourist activity is no longer than a shadow. “We have seen poverty levels skyrocket in rural communities, especially those who live near protected areas and depend on the wildlife economy for their livelihoods.”

This gives food for thought to those who advocate the development of intensive agriculture. According to Jeremiah Shuaka Saalash, the owner of the offending Amboseli farm, he gave work to those who had no more with the absence of tourists. “I defend the idea that we can coexist with wildlife and have another source of income”, he pleads with AFP.

In the region, a lot of land is for sale. Ideal for developing export agriculture. Especially since tea, Kenya’s agricultural flagship, runs out of steam. The country, the world’s largest exporter of black tea, is struggling to sell its production, due to a drop in quality and too large volumes. If the agricultural rebound passes through the cultivation of avocado, elephants may pay the price.

They bury their cat in the garden, but two days later they have the shock of their lives – Unusual

They bury their cat in the garden, but two days later they have the shock of their lives – Unusual

In Compiègne, students create a virtual race to defend the animal cause

VIDEO. The meeting between Berenice, visually impaired, and her guide dog